This page lists the weapons, devices, and vehicles used by the Mighty Moshin' Emo Rangers.

Exactly what fuels the Emo Sweatband Morphers directly is unknown, but they are implied to enhance their strength by a Ranger's oneness with the specific sub-subculture of Emo Subculture to which said Ranger is assigned. The more introspective Ross becomes, for example, the more power his suit has - and the more civilian powers he can be granted. However, Captain Emohead appears to be able to find other ways to upgrade the Rangers' powers so that they are not terminally reliant on strict adherence to a stereotyped behavior pattern. Luke gains a tougher form over time, in spite growing out of his hatred of everything. Stef takes steps to get over her heartbreak, but does not lose the ability to be a Ranger from it.

The only Ranger who appears to be terminally dependent on a stereotyped behavior to keep the power fresh is the Chronic Stoner - who must use drugs and love doing so. However, said Ranger designation seems to only specifically require marijuana to fuel the power. So a Ranger who uses marijuana sparingly can still technically be a Chronic Stoner, even if they're not truly "chronic" as in "perpetual" about it. Said Ranger is not required to engage in any other kind of drug use.

The Morphers also double as teleporters. How this works is never explained. They can, on top of this, serve as a sort of internal alarm system, and even a private phone line system. Once again, these additional uses are given no explanation at all in-series.

The sweatbands appear to be a combination of the Power Morphers, Power Coins, and Wrist Communicators / Wrist Teleportation Devices used on Power Rangers. A single device serves all these functions.

Exact sequence frequently varied from one episode to the next, but the five main Rangers would initially morph in a sequence like this:

Fai would be introduced later, and assigned her own, simpler morph call:

Part of the reason for Fai to have this morph call is because FashionxCore is more of a Scene sub-culture than a true Emo one. This is not out-of-line with Power Rangers either: Ninja Storm featured a sixth "Ninja" Ranger who was technically a Samurai. So having a sixth "Emo" Ranger who is technically Scene is close enough.

After John converted to the StraightxEdge Ranger, his morph call was:

The entire group can also group-morph by shouting simply: "Emo Rangers!!!" - though this has only been shown happening once. 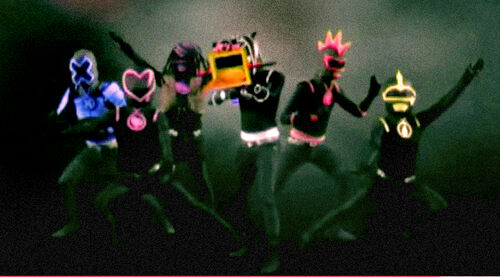 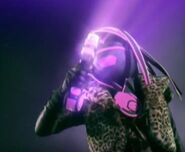